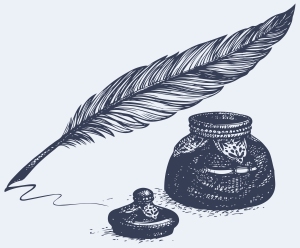 Author’s Note: this story will make more sense if you read the story connected to it, which can be found here. 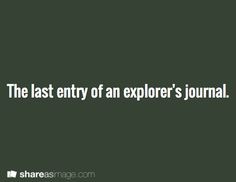 Look, I know what you’re thinking.

Okay, fine—that was a little brazen, to ask you to trust the guy who served as the catalyst to the beginning of the end of the world. But hey, look on the bright side.

It just got a little crazy for a while.

Really, you should be thanking me right now. I know I caused all the chaos, with my little trickery to kill off the Masters and, in turn, create my own freedom and become Unbound from my duties and enslavement as a Seeker. And even if I hadn’t been able to save the world—which I did, thank you very much—I can tell you this: that first taste of freedom? That moment walking out of the hovel they forced me to call home, wearing a brand new set of clothes that actually fit, freshly bathed and a clean cloth wrapped around my eyes, the source of my power, hidden from all the world to see, a free man?

It was worth every horror I witnessed after.

Well…almost all of them.

Oh, save your judgment. I’ll be making the assumptions this time in assuming you’ve never experienced the life of a slave before; never known what it was like to follow a will not your own, to have no aspect of control over you life. If you had been in my position, I’d bet all the wealth buried underneath this earth that you’d have done the same.

I’d be more wary to imagine you taking it upon yourself to fix what you broke, however.

(Hint: this is the part you should really probably say thank you. You are able to read this entry—my last journal entry, now that my task is finally done—thanks to my efforts. If not for me, you’d most likely be a corpse somewhere. Or maybe not even born to begin with. I can’t know how long it’s been since I wrote this and who you are and what would have become of you. But I can harbor a guess that, if I’d let the Tree of Darkness enslave the world like I Saw, whatever your fate would have been, it wouldn’t have been good.)

What? Yes, of course I realize I can’t hear you. But considering I’ve done a pretty good job guessing at your thoughts so far—confirmed by that look on your face—is it such a stretch of your imagination to think that my stomach won’t be filled with warm butterflies at the mere thought of your praise, after being subjected to your scorn for so long?

I also assume that you’ve read all the previous journal entries, since you’re in possession of my journal now. Even if you still think of me as a self-righteous bastard, I hope the story of my freedom and then my adventure saving the world was at least enjoyable for you to read and not just something to fill up a boring afternoon. It may not matter to you, but I took great care in detailing every aspect of my ordeal, recording down to the finest detail and reporting my true emotions as faithfully as I could.

You must remember the paragraphs of agony I wrote about while lost in the mountains. You must have connected with my fear at not being able to Seek out the Tree of Light and laughed at my panic of believing, if only for an instant, that I actually fucked over the world so badly that I couldn’t save it. Of course you would have laughed at that. By the time you’re reading this, the world is safe and everything written here are just recollections from the past; faded memories, a history. It’s an easy thing to laugh about. If nothing else, at least when I wrote about her…

But let’s not dwell on the past too much. Some things are better if they stay there.

I had hoped, by chronicling such a tale as truthfully and honestly as I did, I could elicit emotion from you that wasn’t plain hatred, fueled simply from what I was born as and the choices I made.

You’ve read my story. You know they weren’t always pretty.

But that’s reality for you.

Plus, you weren’t there. You had no idea what it was like.

But Kathoak, what about the ending?

I’m rambling, you claim. And you’d be correct. Never something I thought I’d be able to say to you. Well done. Have you ever…well, have you ever done something for so long that, once you realize it’s over, you’re not sure how to stop?

I’ve written in this journal for months, every day, cataloguing my every action, my every thought, my every encounter. And now my task is done. My journey, complete. Time to wrap up the tale, let my faithful reader rest—to say nothing about your relentless author. If anyone in the world deserves a proper rest, it is I.

Yet my plan for after, whatever after ended up being, didn’t exactly come into fruition like I hoped.

Perhaps that’s the price I paid for causing all of this in the first place.

Of course someone else would have to pay it. That’s the cruelty of the world, something I know all too well.

Of course it had to be her.

I sighed, just then. A long, deep sigh filled with too much…I’m not sure if I know the proper word to describe it. And so I’ll end on the same note you most likely felt when you started this journal: disappointment. This is the end of my tale. You won’t know what happens to me next, not that you probably care. Though the fact that you continued to read after learning I was a Seeker…well, that says something about you; same goes for the fact that you’ve read my story to the end, down to the very last page. Perhaps you’re invested in me, now.

You shouldn’t be, you know.

I’m just the man that caused the beginning to the start of the world; a new world. One you should be experiencing.

Nicole Evans is a writer of fantasy and science fiction. She is currently unpublished and is working fervently to get the “un” removed from that statement. With eight completed drafts in various states of revision under her belt, she has no plans of stopping. And she really can’t wait for you to read these stories.

Considering she has run out of space for putting rejections letters up on her wall, Nicole now uses her spare time doing the typical things that nerds do: blogging, dying repeatedly during video games (which she believes is retribution for the characters’ she’s killed), wishing she was the character she is currently reading about and trying to fight off the real world by living in her own head, with varying degrees of success. Nicole has a degree in Creative Writing and a minor in Film and Media Studies, and works as an evening librarian assistant. You can find her personal blog here and her book review blog here. You can read all of her Muses stories here.

5 thoughts on “The Beginning to The Start of the World”

We're four writers who found each other while searching for our muses. Join us each week as we post new pieces of short fiction based on whichever writing prompt strikes our fancy!