*Muses Note – This week we’re featuring a returning guest writer, J.M. Whitty. She’s a British-Canadian living in Switzerland, who writes post-apocalyptic and speculative fiction. You can find links to her other stories on our ‘About the Writers’ page* 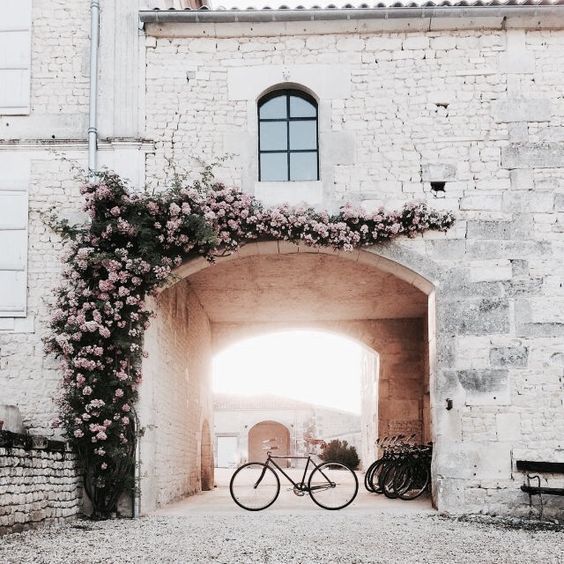 It was very hot. Too hot for so early in the morning. Sweat had already begun to bead on Anton’s brow as he opened his father’s garage. The heavy wooden door creaked on its rails as he slid it over his head and into the grooves that kept it in place. He looked at the door suspiciously, waiting to see if it would suddenly come crashing down. In his whole life it had never happened, but somehow Anton thought it always might.

He surveyed the dusty garage landscape. It was full of piles of scrap metal and tools that hadn’t had uses for fifty years. There were boxes piled on boxes and newspapers neatly tied in bundles that nearly reached the ceiling. Anton sighed. It would be a long day.

Sometime later, he wiped his forehead with the back of his hand. It left a long streak of grey in its wake. He had made a small dent in the newspaper collection. It was neatly piled on the side of the street instead of in the garage. One could consider that progress, he thought.  Anton hoped that he’d read the calendar correctly and that he was right that paper goods would be collected for recycling in the morning.  He pitied the fellows that would have to load it into the truck.

As Anton reached the tangle of wires and metal that were once gardening tools, his progress grew slower and his patience grew thin. He stopped in frustration and ran his dirty hands through his hair.

His father watched from the window. But, he wasn’t looking at his son. He was watching to make sure that the only thing that wasn’t covered in dust was not tossed aside like the rest of the junk. In the back of the garage, hung on two tidy hooks was a bicycle.

Its smooth black paint gleamed, even in the dim light of the garage. Its tires were polished, its chrome shined. Someone had taken care of this bike recently and had been for many years. It shined like it had been assembled only yesterday. But Anton didn’t notice. He continued to sift through the array of items he hoped had no sentimental value. The air was full of dust.

Slowly, Anton’s father made his way down the narrow steps. Very slowly. One foot after the other. His legs were slow. His knees refused to cooperate for more seconds than he could count. His arms grasped the railing in case he slipped. I am getting old, he thought. When did I get so old?

Anton looked up. “Dad? What are you doing? You don’t need to come out here. You should sit and rest.”

“Why? Alone in the house is not very fun. Besides, here I can make sure you are doing what needs to be done.” His tone made Anton see his father as his father would have wanted to be seen, not as a frail man who’d used most of his effort simply to go down a few stairs. The transformation surprised Anton.

Anton’s father surveyed the progress and smiled at his son. He hadn’t touched the bicycle. He slowly moved towards it and watched Anton carry a cardboard box past him. His hands reached out to the bike and he ran a wrinkly finger down its seat. The leather was smooth and well-oiled. He rubbed his fingers together. Dust.

The old man grasped the bike gently by its frame and attempted to lift it. He grunted as he struggled to raise it above the ends of the hooks. Startled, Anton turned around.

“Dad,” said Anton. “What do you want to do with that?” His father considered the question.

“I want to take it down,” He said simply.

Anton ran his hands through his hair. He was a bit puzzled by his father’s answer.

“You heard me. Now help me.” He grasped the frame for the second time and tried to lift it. Anton’s heart jumped in his chest.

“Stop it! Let me do it.” Anton ran forward and lifted the bike from its hooks and set it on the ground. The bicycle rolled forward slightly. Perfectly balanced, it moved slowly away from the two men and rolled to a standstill. Framed by the archway at the bottom of the driveway, the bicycle sparked a few memories that made Anton and his father pause. Both men gazed at the bike in total silence until the moment was broken by the sound of it falling over.

Anton picked up the bicycle, leaning it against the wall. He took his hands away and realised that the beautiful bicycle was covered in a thin layer of dust.

“Shall I get your polishing kit?” he asked his father. The old man smiled.

“Yes, that would be nice. Anton wiped his forehead and retrieved a small box that sat on a shelf below where the bike had been hanging. He handed it to his father. The old man sat down beside the bike, groaning as he lowered himself down to the ground. He took out a cloth and began to shine the chrome below the seat.

Anton watched his father for a moment. He looked so peaceful and happy. Neither of them said anything and they continued with their tasks. Anton sorted boxes and his father worked his way around the frame. A few minutes later, Anton paused in front of his father as he carried a box to the curb.

“I miss her too, dad.” His dad paused to check how his polishing was progressing.

“It shines nearly as bright as your mother liked it. She was always so much better at keeping things clean than me.”