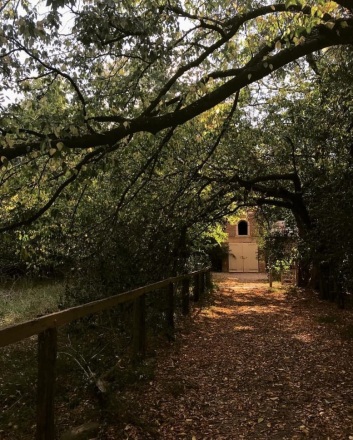 You see that house at the end of the lane, the one half-hidden by the old tree with its branches dipping low to the ground?

It’s vacant now, a resting place for the dead before they move on. Last I checked, the walls are infested with termites, the flooring almost ripped apart by roots, but it’s still standing, perhaps waiting for the day its original occupants return.

Stories, you ask? I’ve heard plenty. That it was built out of love, out of fear, and – my personal favourite – out of an intense need to be away from society’s bullshit. I’ve heard that it’s a madman’s escape room, a refuge for the lost, a home for the weary. I’ve heard some people traipse through it and emerge crying, shaking, eager to flee. Dramatic, eh? Places like this are the stuff of stories. Who knows what’s true anymore?

I used to tell them all to my daughter. Oh, how she loved hearing them! She would sit right here on my lap, a tiny bug-eyed creature bursting with questions, and drink up every one of my tales. My little Pebble. She was a seed nourished by the very earth we stand on now. A wild spirit. She would run up and down the length of this pathway every morning, scurrying in and out of the shade, and urge me along.

We would sit in that nook under this tree in the evenings, where she would grow to tell her own stories. And boy, her imagination! Puts this old man to shame. We had an old dog when Pebble was no higher than my knee, but she died one evening in the middle of one of our stories. Pebble slept against her big, fluffy body all night.

Pebble grew up one day, as seedlings do. Grew a mind of her own. Stopped imagining stories, started asking the wrong questions instead. Not “What magic lies in this earth?” but “Why do we live so cut off from the world?”. She would sneak out of the garden to explore, ignoring my warnings of electric fences and ferocious beasts, and come back with ideas of another life. Ideas of the Outside World.

The house became too small for both of us. She wanted a larger life, one beyond this cosy little nook.

In any case, people came looking for her. They dug up her roots, watered her with lies, and took her away from me. Tried to take me too, called me dangerous, called me a madman, a kidnapper, tried to hunt me down and lock me away. But this house holds secrets. It protects me, fends off trespassers, keeps me safe from the world. I would have kept Pebble safe too, if she hadn’t started dreaming about Outside.

So it’s just me now, with that old house at the end of the lane. I found another seedling the other day, no bigger than Pebble when I first spotted her among the undergrowth, half-starved and all alone.

Maybe this one will be grateful, maybe he will like the house, bring it to life again with his own stories. Like I said, I’ve heard plenty of them. Told many of my own, too. Who’s to say which is true? 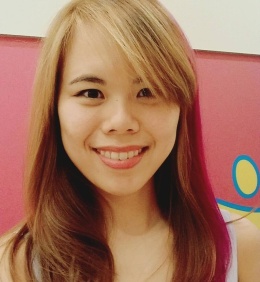 Joyce hails from the tropical island-city of Singapore, where she spends the perennially sunny days writing YA novels and short stories. Since graduating with a degree in English from the National University of Singapore, she has won a nationwide novel-writing competition organised by the National Arts Council and published her YA contemporary romance, LAMBS FOR DINNER (Straits Times Press, 2013). She subsists on green tea and baked pumpkins, and blogs about books, writing, and TV shows at The Writes of Passage in between writing her next novel. You can read all of her short stories here.

One thought on “The House At The End of The Lane”

🌠 @joycechuawrites's latest book, LAND OF SAND AND SONG (@penguinbookssea, 2021), is finally out and we couldn't be more excited! 💕
Come check out our latest short story by @mamcrosbie featuring shapeshifters, immortals, and enemies-to-lovers-to-enemies-to...?
Hey there! We hope you're safe and well and enjoying the warmer days now. 😎
🎶 We're back with a new music post, sharing our fav songs.
Check out the newest story by our resident art historian muse @mamcrosbie for all the ✨HEIST VIBES ✨
🌱 ICYMI -- we had some big goals to start off 2021, come check them out and let us know how your New Year's resolutions are going!