The elusive muse shows up when we least expect her to, and never when we beseech her to. She treads softly upon us in the small hours of the night and colours our dreams.

Muse in Pocket, Pen in Hand is where a group of writers seek their stories, their voices, their muse, and let their words and hearts roam freely on the page.

Find out more about us below, and follow our Pinterest board to see all of our writing prompts.

Joyce hails from the tropical island-city of Singapore, where she spends the perennially sunny days writing YA novels and short stories. Since graduating with a degree in English from the National University of Singapore, she has won a nationwide novel-writing competition organised by the National Arts Council and published her YA contemporary romance, LAMBS FOR DINNER (Straits Times Press, 2013). She subsists on green tea and baked pumpkins, and blogs about books, writing, and TV shows at The Writes of Passage in between writing her next novel. She can also be found on Facebook, sharing one too many baby videos, and indulging in her obsession with all things pretty on Pinterest and Instagram. Her writing has appeared in publications like Cosmopolitan Singapore, The Straits Times (Urban), Yahoo! Singapore, and ZCOOP. You can read all of her Muses stories here. 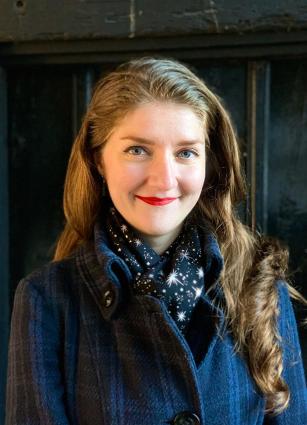 Meredith is a writer and art historian who loves getting lost in books, films, TV shows, and music. She writes adult historical fiction and is currently working on a novel set in 17th-century Venice, as well as a stand-alone set at the end of the American Revolution. Her other passions include archaeology, whisky, baking, and trying not to squeal too loudly when she sees a dog. Originally from the US of A, she now lives in London and has a PhD in Venetian art history. You can read more about her work on her blog, and follow her on Twitter, Instagram and Pinterest, where she posts about feminism, books, and other lovely things (like dogs). You can read all of her Muses stories here.

Nicole Evans is a writer of fantasy and science fiction. She is currently unpublished and is working fervently to get the “un” removed from that statement. With eight completed drafts in various states of revision under her belt, she has no plans of stopping. And she really can’t wait for you to read these stories.

Considering she has run out of space for putting rejections letters up on her wall, Nicole now uses her spare time doing the typical things that nerds do: blogging, dying repeatedly during video games (which she believes is retribution for the characters’ she’s killed), wishing she was the character she is currently reading about and trying to fight off the real world by living in her own head, with varying degrees of success. Nicole has a degree in Creative Writing and a minor in Film and Media Studies, and works as an academic advisor. You can find her personal blog here and her book review blog here. You can also hire her for editing services here. You can read all of her Muses stories here.

Becky is terrible at writing bios so, instead, here’s a list of 10 fun facts about her.

1) She divides her time between Boston and Cape Cod, and can’t ever live away from the ocean. She tried once; it was a disaster.

3) She has been drawing ever since she could hold a pencil, though experience has taught her that it’s better to ask to draw on other people’s walls than to assume it’s okay. She’s tried nearly everything, but colored-pencils hold a very special place in her heart…and in her wallet.

4) Coffee is a life-force. Seriously.

5) She’d prefer a vegetable platter over a box of candy any day.

6) She once flew a helicopter from Boston to New Hampshire.

7) Spiders are her nemesis.

8) Her pet parrot goes by Carmie or Bug, depending on the day, and graciously learned to imitate the sound of the fire alarm to wake her owner up in the mornings.

9) She once dyed her hair a “temporary” shade of purple. It was supposed to last two weeks, three at most. It lasted three years.

10) She’s still trying to convince her fiancé how wonderful a farm of fainting goats would be. Becky can be found on her blog where she’s still trying to come up with things to write, or on Pinterest and Instagram, where she chronicles her stories, all things pretty, and her latest passion, Project Kindness. You can read all of her Muses stories here.

FEATURED GUEST WRITERS
The muse might be elusive, but luckily, she isn’t something that only your Muses seek after. Occasionally, we like to invite some other writers that we admire to join us on the blog and show off their creative veins.  Below is a list of writers we’ve been lucky enough to host, including links to their stories!

Dark Child
Shackles
To The Void

The Lay of King Arthur

We're four writers who found each other while searching for our muses. Join us each week as we post new pieces of short fiction based on whichever writing prompt strikes our fancy!

The moment has finally arrived: the Muses convened at last! Amidst this global pandemic, we finally locked down (no pun intended!) a time for our first virtual meetup (seriously, what took us so long?). 🤩 From swooning over @thoughtsstainedwithink's golden retriever Dovah to geeking out over current reads (check out @mamcrosbie's reaction to Circe) to exchanging notes about quarantine and writing, we had much to talk about and there was nothing but #goodvibesonly. 😎 Stay sane, stay safe, and stay calm, everyone! Sending lots of love to you and your loved ones. May you find your Muse in these strange times. And here's to more Muses meetups in the future! 🥂🍻 . #muses #virtualfriends #critiquepartners #writersofinstagram #writers #penpals
Happy New Year, muse-chasers! Ready to get back into the writing groove? Here's our first writing prompt of the year to get you started. Let us know if you'd like to contribute a story based on this prompt by dropping us an email (museinpocket@gmail.com)! Happy writing and may the Muse always be in your pocket. ❤
For our last writing prompt of 2019, we had the pleasure of inviting @thepagethief, book blogger and writer, to share her story! From tales of dragons to ancient fire-breathers to fire-eating girls trying to kill wildfires, we had a blast with this prompt. Look out for the next one in January - we promise it'll be awesome! (Hit the link in our bio to read all the stories!)
And that's a wrap for our latest writing prompt! Stay tuned for an upcoming one for December. Many thanks to our guest writer @vanilllatapes for trying your hand at our prompt. #amwriting #writingprompt #shortstory #fiction #prose #writersofinstagram
A dreamy prompt for September seems about right. Look out for short stories coming your way! Email museinpocket@gmail.com if you'd like to try your hand at the prompt and publish your story on our blog! #amwriting #writingprompt #shortstory
As they say, too many books, too little time! Here's what's on our TBR. What's on YOUR reading list? Share your book recs with us! https://museinpocketpeninhand.wordpress.com/2019/08/27/reading-roundup-tbr-book-recommendations/ (Hit the link in our bio to read!) #amreading #bookstagram #readinglist #tbr #YA #fantasy #histfic #leighbardugo #sixofcrows #adrienneyoung #skyinthedeep #elizabethlim #spinthedawn #yokoogawa #thememorypolice #joanhe #descendentofthecrane
%d bloggers like this: